Ahead of Its Time

How the watch site Hodinkee began selling timepieces — and started a movement.

Between bites of Tuscan kale salad and avocado toast, patrons at New York City’s Soho House club glanced out of the corners of their eyes at Judd Apatow and his family. But the director’s son was eyeing someone famous in his world. The teenager, a watch buff, was star-struck to meet Ben Clymer, founder of the site Hodinkee, a must-read for the high-end watch industry.

Since launching Hodinkee in 2008, Clymer has become famous to the kind folks who obsess over the subtle differences between two Philippe Patek special editions. The site serves both collectors who spend $40,000 on a rare watch, as well as those who aspire to do so, and Clymer now brushes shoulders with watch-loving celebrities while hosting the site’s video interview series, recently chatting about the Nivada Grenchen Depthmaster with chef Alton Brown and Rolexes with golfer Jack Nicklaus.

“Ben is the Mark Zuckerberg of the online watch world,” says watch expert Charles Tearle. “He saw an opportunity to write about watches differently, and, of course, worked crazy-hard.” 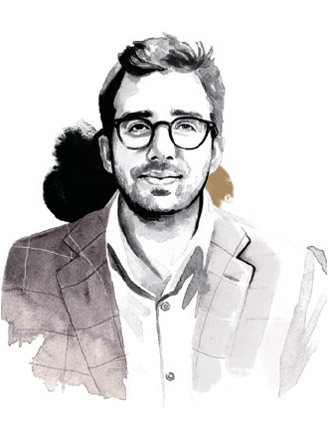 When Clymer first saw that opportunity, in 2008, he was working as a project manager at UBS. Initially, it wasn’t anything more than a “blog,” to use Clymer’s word. But Clymer immediately found a dedicated audience, and eventually enough revenue to hire a video producer, an editorial staff, even his own technology team. In 2012, Hodinkee opened an online store, which sells accessories and watches. Currently, Clymer says, Hodinkee is a “few million-dollar business,” south of $10 million annually. Revenue comes from three primary sources: advertising, accessory sales, and watch sales. The last of these generates the most revenue, but with lower margins.

Hodinkee now has enough clout that it partners exclusively with watch companies to create limited-edition co-branded pieces that can cost more than $50,000. In the watch world, where brand equity is the most precious resource, getting a cloistered, ultra-luxury watchmaker like Vacheron Constantin to agree to design a watch was a defining deal for Hodinkee. “It’s unprecedented in terms of its being an online-only exclusive, the first from that tier of watch brand,” says Reid Sherard, a watch and jewelry analyst for business intelligence firm L2.

Clymer understands Hodinkee’s readers because he’s essentially one of them. “When I was younger, I was into all mechanical things with gauges,” he says, reminiscing about a childhood surrounded by gadgets like compasses, cameras, and light meters provided by his father, a photographer. At 16, his grandfather gave him an Omega, which inspired an appreciation for the engineering elegance of fine watches.

Clymer doesn’t aspire to make Hodinkee authoritative — it’s less like a sales pitch over fine wine than a casual chat over a beer. “They take a nice high-low approach,” says Neil Vogel, CEO of Dotdash and a watch enthusiast.

“The way that Ben wrote about the watches was very different at the time, and really appealed to this younger, new generation of watch enthusiasts that we didn’t know existed,” Tearle says. “He almost generated a completely different type of enthusiast.”

Those enthusiasts — between 700,000 and 800,000 unique visitors a month, according to Eneuri Acosta, the company’s chief operating officer — have an average age of 34 and an average household income of over $200,000 a year. Readers own an average of seven watches, buy one a year, and tend to prefer watches with smaller faces than most connoisseurs.

What makes Hodinkee attractive to advertisers, however, has less to do with its readers’ income than their enthusiasm. “They publish high quality reviews, news, and reports on watches written in an accessible way and presented with appealing aesthetics,” says Merlin Schwertner, vice president of the U.S. division of the trendy German watch company NOMOS Glashuette. “And they have created a space that speaks to a broad audience of watch enthusiasts.”

Before Hodinkee began creating special-edition watches, its online store mainly sold accessories, and its Soho office is full of boxes of straps, patches, and other watch paraphernalia waiting to be opened, inspected, and then shipped to its Pennsylvania distribution center. After just five years, Hodinkee’s shop has become the number one distributor of luxury watch accessories in the world. It sells 15,000 straps and more than 3,000 cases a year. 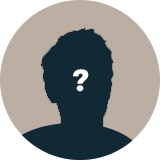 The shop also sells vintage watches — traffic peaks on Wednesdays when the newest offerings drop — and enthusiasts can shell out huge amounts for pieces. A Rolex Daytona Paul Newman recently sold for $172,000, purchased on “a random Tuesday night by a gentleman in the Midwest,” Acosta, who joined in June after four years in Cadillac’s marketing department, says while sitting on a leather couch in the office.

It wasn’t easy for Clymer to get into the business of selling new watches. After several companies declined to work with him on creating products, he convinced Max Büsser and Friends (MB&F) to create five $22,000 music boxes to see if they would sell. At the time, Hodinkee didn’t have any outside funding. (In 2015, they raised $3.5 million from investors including True Ventures, Google Ventures, John Mayer, Tony Hawk, and Evan Williams.) The $60,000 they spent on the music boxes represented a significant percentage of money in the bank at the time. “I was pretty fucking nervous,” Clymer says. “Thankfully, we sold them all.” Max Büsser then signed on to create the LM101 Limited Edition, which had a retail price of $52,000. All 10 pieces sold out in five hours.

When Hodinkee collaborates with watch companies, they design a piece together, then Hodinkee buys the product at a wholesale price. The industry standard markup is 40 percent profit, which is “pretty much where we are” on the collaborations, according to Acosta. The site’s most lucrative creation to date was the Vacheron Constantin Historiques Cornes de Vache 1955 Limited Edition for Hodinkee, which consisted of 36 watches at $45,000 apiece. They sold out in 30 minutes. Based on the standard 40 percent markup, Hodinkee would have made $648,000 in profit.

The partnership with Vacheron Constantin, a secretive Swiss manufacturer, raised eyebrows around the industry. “It shattered a lot of excuses the industry has had for resisting selling online: that e-commerce was only for entry-level luxury products, that the prices of some brands were inherently too high to sell online, and that there weren’t outlets that would protect brand equity,” says L2’s Sherard.

Now watch companies see Hodinkee as a way to reach a new and younger audience. “It gave NOMOS Glashütte the opportunity to increase our brand awareness in the U.S.,” says NOMOS’s Schwertner, who worked to make the NOMOS Metro Chronometer for Hodinkee in November 2016. “We think Hodinkee speaks to both watch aficionados and new readers that aren’t as familiar with watches.”

It’s a relationship between editorial and e-commerce that’s unusual in media, but seems natural for Hodinkee. The split between e-commerce, smart editorial, and technology has given the site a sustainable advantage. “This is not going to be a $10 billion brand, but it doesn’t have to be,” says Dotdash’s Vogel. “It can be an awesome, successful brand that is really great in the space and can do really well. It’s not brain surgery that really great niche sites really work when you make a credible, beautiful product and you’ve got smart, credible people doing the content creation.”

That model could have implications beyond the watch world. “We think our experience will set the benchmark for the industry at large,” Clymer says, “and potentially for the whole luxury industry at large.”