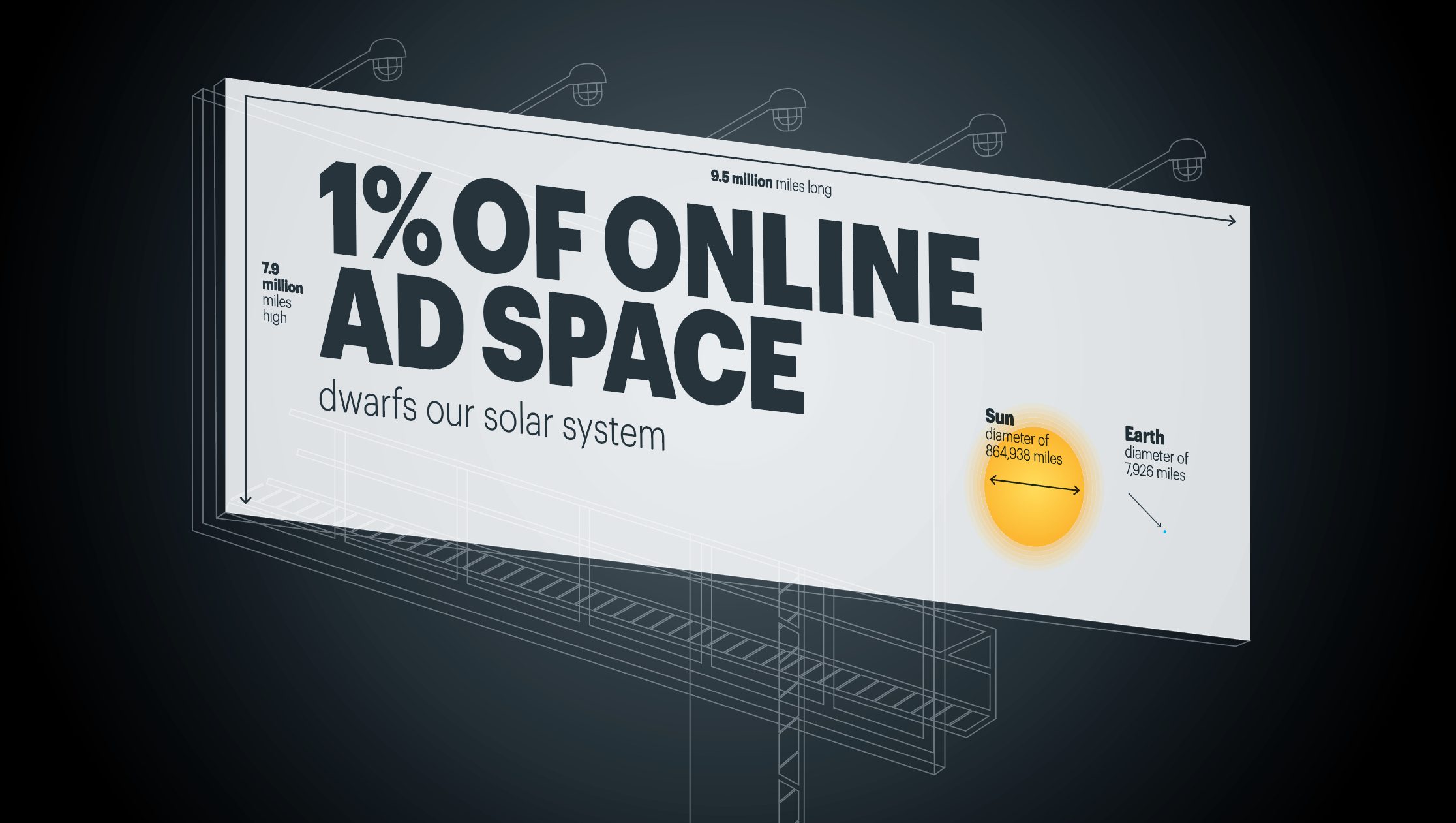 Houston, We Have a Supply and Demand Problem.

When Google launched, it indexed 26 million web pages — which seemed incredibly impressive in 1998. By 2000, it had a billion. That number passed a trillion in 2008 — then 30 trillion in 2013. This May, Google counted 60 trillion — meaning there are now more pages on the web than cells in your body.

Online, advertising space is effectively infinite, media executives like to say. To put the internet’s scale in perspective, imagine that just 1 percent of web pages have standard 300-by-250-pixel banner ads on them. If you printed out all those ads (at 300 dpi) and stuck them on a billboard, it would stretch 9.5 million miles long and reach 7.9 million miles high. The Earth, by contrast, is only 7,926 miles at its widest point. The sun only 864,938 miles across.

Such numbers dwarf our understanding. Unfortunately, they also dwarf the demand for advertising. But the unfathomable number of web pages doesn’t change the fact that there are a finite number of advertisers trying to reach a limited number of consumers, who in turn have only so many dollars in the bank. The real currency of online advertising is the ability to serve the right ad to the right consumer at the right moment.

That means the sheer number of pageviews websites generate doesn’t matter much. But the number of ads they serve that generate sales does.