The internet helped the media build bigger audiences than ever.
Why aren’t those readers worth anything? 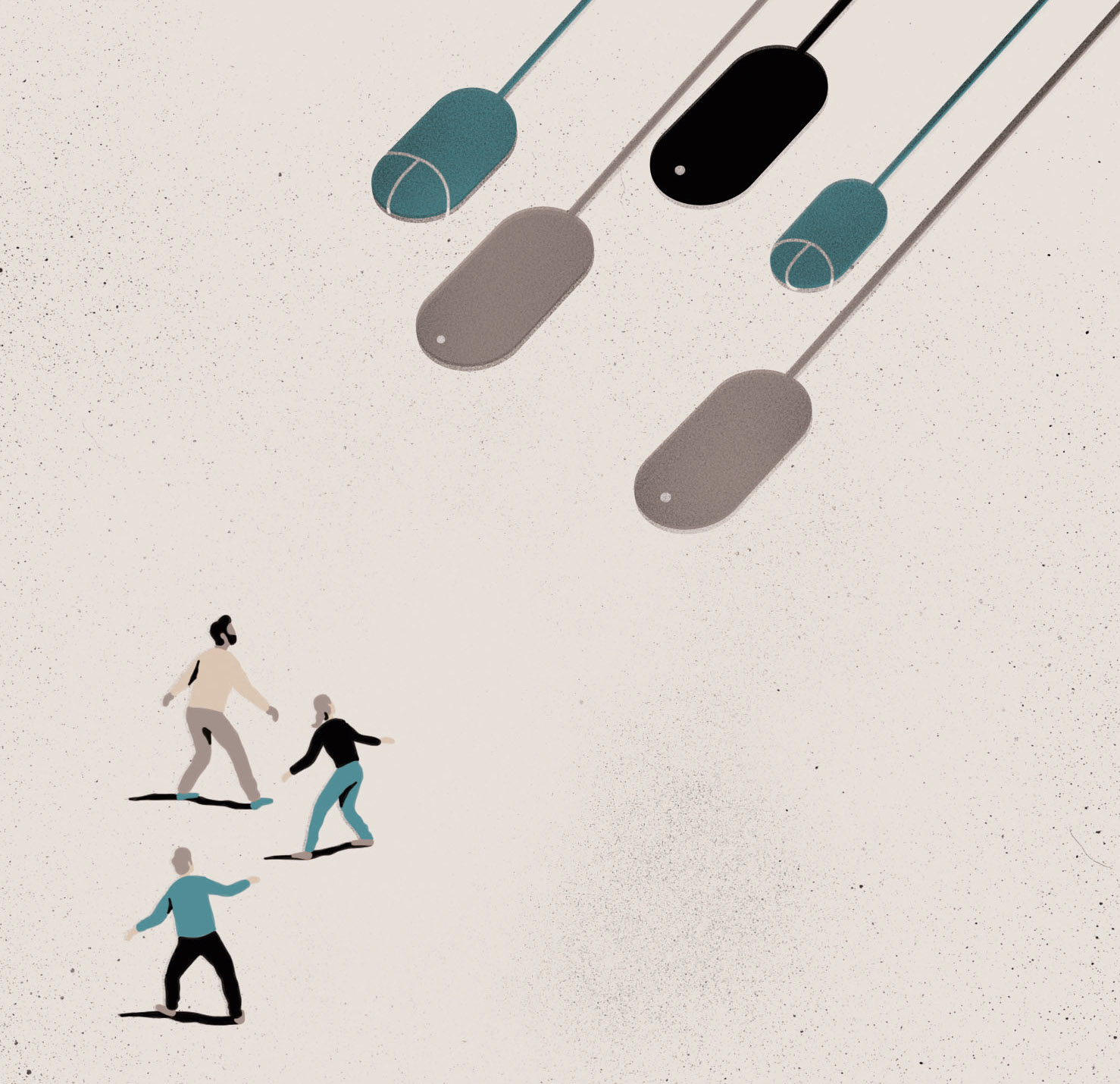 If publishers knew a decade ago how many readers they would find online, they would have been thrilled. In 2006, the New York Times boasted that its website drew an average of 12 million unique visitors a month. Today, it has 78 million. Salon, which had a mere 3 million unique visitors back then, now has 17 million. During the same time, the Guardian’s readership skyrocketed from 15.7 million to 120 million.

Fat lot of good it did them.

In the traditional media business, bigger was better. Ad revenue increased along with circulation. That’s why so many publishers didn’t charge consumers to read their publications online. Most of them saw subscriptions as a way to offset printing costs, not as a primary revenue stream. The more readers they could get, they figured, the more money they’d make.

This logic, based on a print business model, fell apart online. The most significant reason: ad spending hasn’t grown nearly as fast as ad impressions have — a long-term trend that has sunk ad rates, making the average click worth less than it used to be.

And critically, publishers accustomed to being in a circulation-driven business didn’t understand that all readers are not created equal. “Unique visitors are a near meaningless statistic,” says Ken Doctor, a veteran news industry analyst. “If you’re on the internet and you’re being sent links on Facebook and Twitter and by email and you Google, your chances of hitting a New York Times page or your local news page are pretty high.” 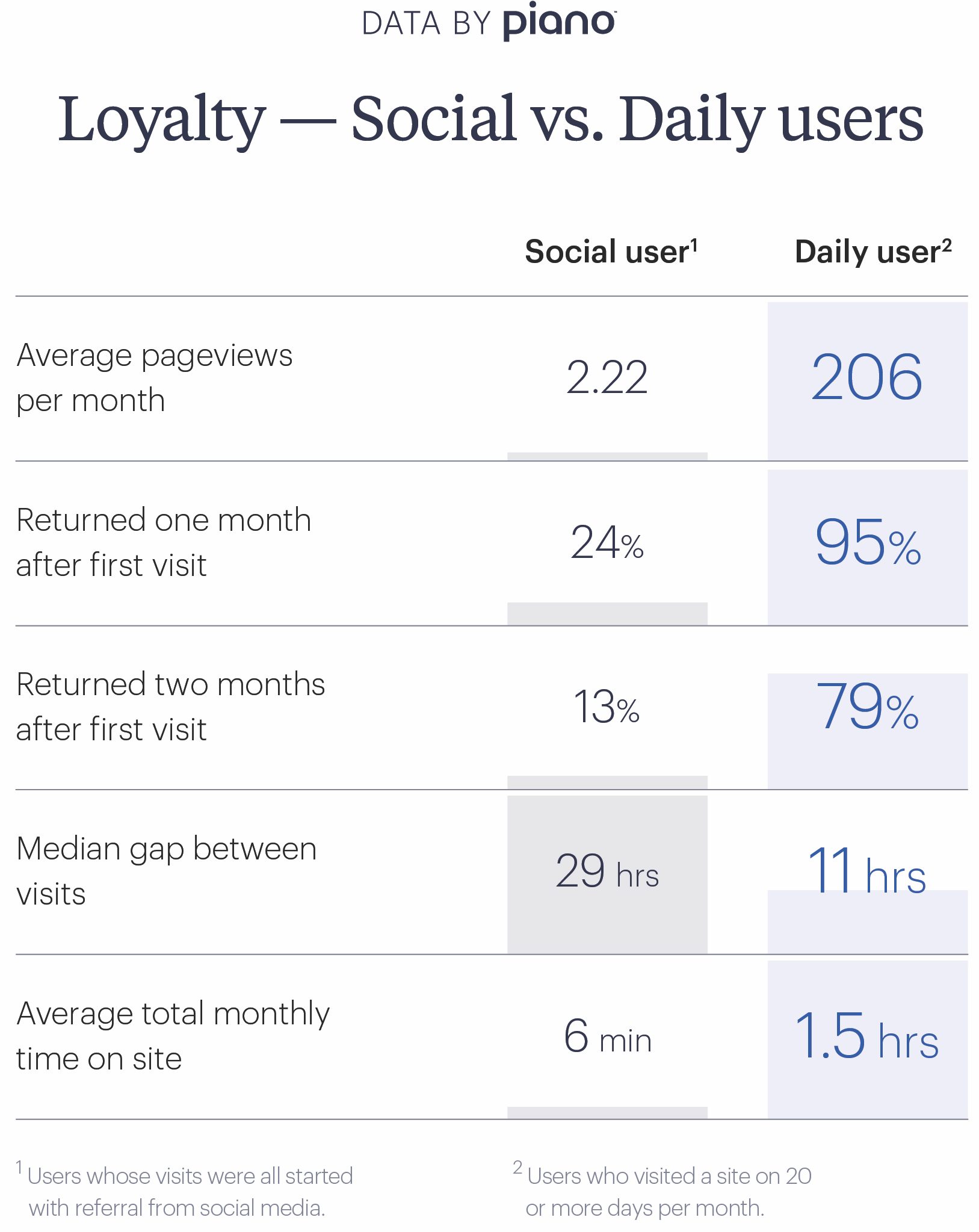 Piano’s tools are specifically designed to measure and increase user loyalty.
Find out more at piano.io

“Clickbait” may well attract new readers, but most of those readers will not become regular ones. Worse, such articles can alienate longtime readers, who are far more valuable. “I’ve done a lot of work with publishers, and they find that 10 to 15 percent of visitors provide at least 75 to 80 percent of the value,” Doctor says. “You want to figure out how to get to those people.”

Although print publishing was built on scale, it’s not unusual for businesses to derive most of their revenue from a core group of loyal customers. The “80-20 Rule,” a power-law principle of the “vital few and trivial many” posited by the late management guru Joseph Juran, says that 80 percent of a company’s revenue typically comes from 20 percent of its customers. In the 2003 book “Angel Customers and Demon Customers,” Larry Selden and Geo Colvin went even further, suggesting that “150 percent of your economic proit comes from 20 percent of your customers.” (The least valuable customers erase the excess profit because they cost more money to serve than they generate.)

Publications currently trying to attract new readers might actually be better off focusing their efforts on getting more revenue from their core audience — both directly with subscriptions, and indirectly through advertisers.

“Our theory has always been that for an advertiser to feel they’re getting authentic value, they want to know they’re reaching a specific and desirable audience with precision,” says Jim VandeHei, co-founder and former chief executive officer of Politico. “If you can do that, you’ll be able to charge a premium.” Politico readers, VandeHei says, are more educated, active, and wealthier than most media consumers. “Their eyeballs,” he says, “are worth more than others to some advertisers.” 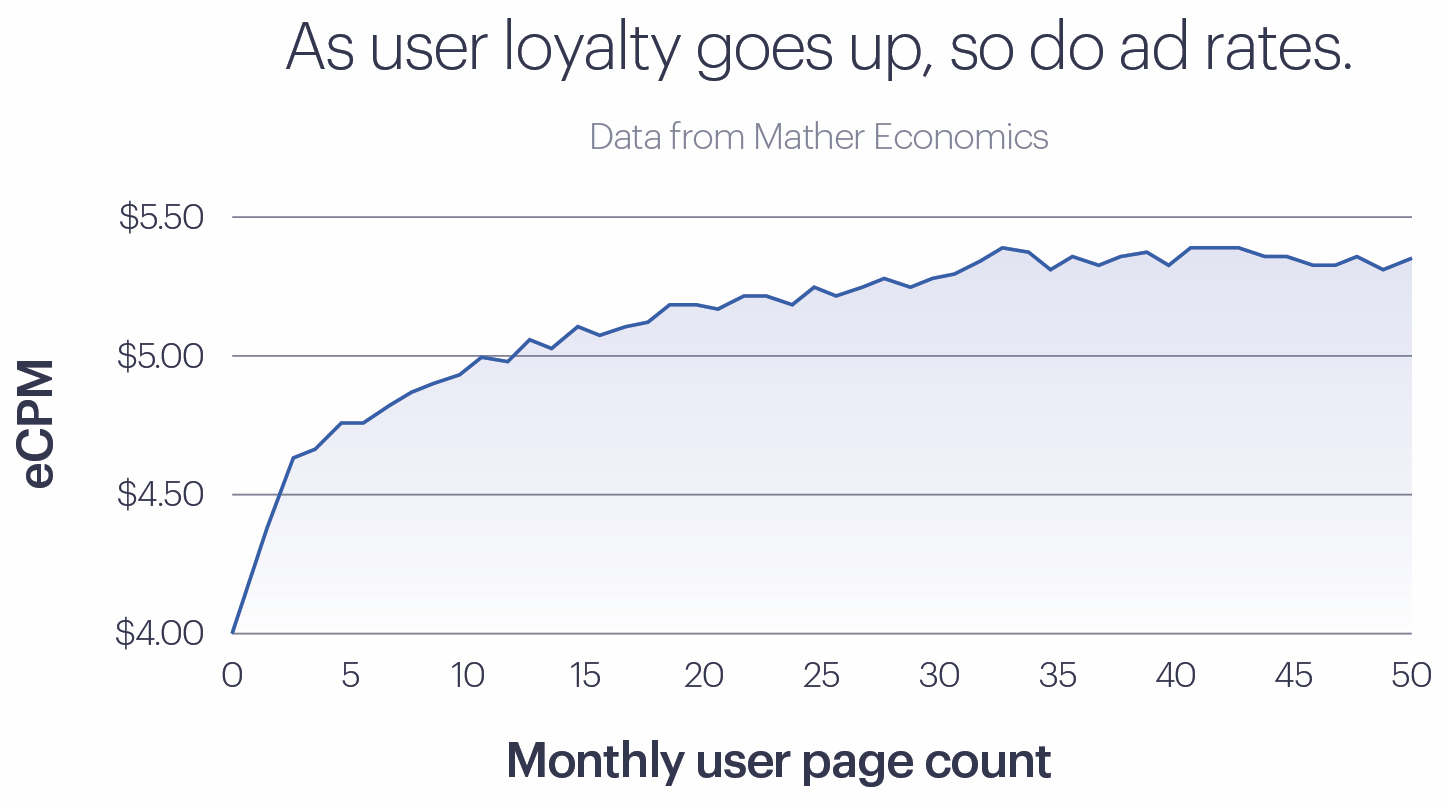 Sites like Politico can charge advertisers a premium to reach regular readers in part because they know more about them than they do about internet users who follow a Twitter link to an article or two every month. And that premium may become more important as the capital that has funded some of the high-traffic, low-margin websites for the past few years begins to dry up.

It’s hard to imagine now, but Salon Media Group was one of the pioneers of digital subscriptions. Founded in 1995, Salon went public in 1999 at a $107 million valuation before its advertising — and its share price — collapsed in the dot-com bust.

In 2001, the site launched Salon Premium, and by 2004 it had 89,000 subscribers who paid a total of $2.4 million a year for its political commentary and cultural criticism. The strategic decisions Salon has made since then — most in keeping with digital media conventional wisdom — have turned the site into a financial and editorial disaster. Salon lost $4 million on $5 million in revenue in 2015, and editorially, it seems like an alternative-universe version of Fox News, with headlines like “White Men Must Be Stopped: The Very Future of Mankind Depends on It.”

What happened? In its 2004 annual report, Salon told investors that “approximately 10 percent to 11 percent of the visitors to its websites would consider paying for a subscription service such as Salon Premium” and that it “is Salon’s strategy to convince more of these individuals to join.” Last year the company’s annual report told them something entirely different: “Our strategy focuses on growing our user base, which in turn increases our number of impressions that can be sold to our advertisers.”

Salon’s fateful move was apparent by its March 2005 annual report, after an ill-advised burst of optimism about digital advertising caused the company to re-evaluate its strategy. Salon said that its paywall had “suppressed the number of unique monthly visitors.” It also anticipated that online advertising would “switch from a buyer’s market to a seller’s market” due to “the number of unique website visitors [reaching] a plateau,” thereby creating an ad inventory shortage that “would present to Salon opportunities to increase its advertising revenues.”

The belief that ad inventory had plateaued was gravely mistaken. Potential ad space has instead grown exponentially. In 2005, Google said it has indexed 8.2 billion web pages. Now that number is 60 trillion.

It was a popular view at the time. That same year, the New York Times pulled the plug on Times-Select, which had put the paper’s op-ed columnists — but not its news report — behind a hard paywall. Its demise prompted digital guru Jeff Jarvis to say it “was a cynical act doomed from the start. With it goes any hope of charging for content online. Content is now and forever free.”

In 2007, Salon generated $5.4 million in advertising and $1.5 million from subscriptions. Last year, despite having increased its overall audience threefold, the site brought in $6 million in ads and just $7,000 in subscriptions, which led to a 9 percent decline in overall revenue. The company’s filings for the 2016 fiscal year show that it has racked up a deficit of $124.6 million, more than 20 times its annual ad revenue. (“We are unable to adequately comment about strategy taken years ago before present management was in place,” says a Salon spokesperson.)

Essentially, Salon shifted away from a business model that relied on its most loyal readers to bet on one that required it to attract a massive audience. It lost that bet.

Contrast Salon’s trajectory with that of the New York Times. In 2011, the Times launched a metered paywall in a bid to monetize its core readers. In doing so, it ignored the doom-and-gloom predictions of digerati like Daily Kos founder Markos Moulitsas, who said the project “won’t survive the end of the year” and TechDirt, which published “Why The NY Times Paywall Business Model Is Doomed to Fail.”

But the Times paywall has been more successful than even its champions imagined. The paper has nearly 1.2 million digital subscribers after five years, and it’s still growing by double digits annually. Those subscribers pay roughly $184 a year on average directly to the Times and also account for an outsized portion of the paper’s online ad revenue, because they read many more pages than the average visitor. And those digital subscriptions have higher margins than print, since online distribution is so cheap. 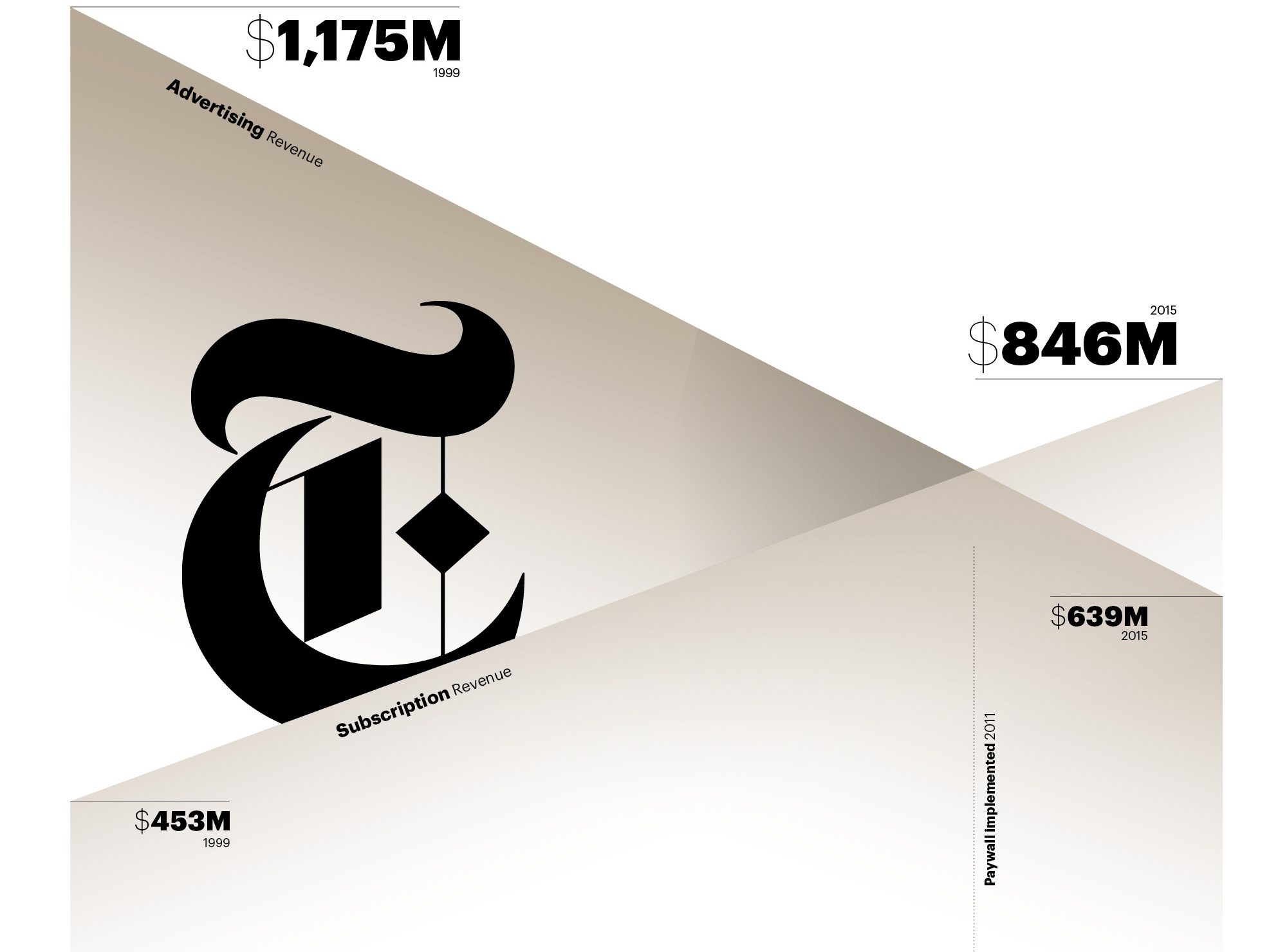 There was much handwringing two years ago over the company’s “Innovation Report,” an internal document that sounded an alarm about how the New York Times was supposedly going to lose out to digital competitors like BuzzFeed, the Huffington Post, Upworthy, Business Insider, and Circa — despite having twice as much digital revenue as those outlets combined. What’s a little revenue when other publishers are beating you by millions of unique visitors — “eyeballs,” in the parlance of an earlier bubble?

Since then, Circa was shuttered; Upworthy, which depended on gaming Facebook algorithms, has been largely forgotten; and BuzzFeed missed its 2015 revenue estimate by nearly a third and cut its revenue estimate for 2016 by half, according to the Financial Times. (BuzzFeed executives challenged that report.)

The Huffington Post is only at break-even after a decade, despite 214 million unique visitors and an army of free labor. Business Insider, which cashed in by selling to the German media conglomerate Axel Springer in 2015, lost $12 million last year on just $44 million in revenue, and its plans to boost revenue lean heavily on subscriptions. Even the Guardian, blessed with a billion-dollar trust fund, slashed its budget by 20 percent because its enormous and growing digital losses threatened to deplete its nest egg.

The Times’s situation looks downright rosy in comparison. In the two years since that internal report appeared, the paper has increased paywall revenue by 29 percent to about $208 million a year, upped its digital news subscriber base from 799,000 to 1.2 million, and added nearly 200,000 digital crossword subscribers. The New York Times’s total non-print revenue hit $483 million in 2015, up from $398 million two years earlier. That has kept overall revenue flat over that time, despite continued sharp declines in print. The Times has more paid subscribers now than ever — about 50 percent more than it did when print reigned supreme in the mid-90s. But the Times has also increased newsstand and home delivery prices, which helped boost overall circulation revenue from $453 million in 1999 to $846 million last year — despite the fact that it sells fewer copies. During the same period, combined print and digital ad revenue plummeted from nearly $1.2 billion to just $639 million.

The Times — along with the Wall Street Journal, which always charged online, and the Financial Times, which invented the meter model — has been far more successful at charging readers than most other newspapers. That’s partly a function of those papers’ scale, but it’s also because they’ve refused to slash their newsrooms. Smaller papers like the Minneapolis Star Tribune and the Boston Globe that have maintained robust newsrooms have been relatively successful, as well.

“If you step back, what is going on here is pretty simple,” Doctor says. “News media have moved from being mass media, and they’ve become niche businesses. In that transition, they’re figuring out that the business model is completely different.”

The mass media is now Google and Facebook, and, to a certain extent, Twitter. “You have to move to a model that says, ‘Who’s our special audience?’ and if it’s big enough, you monetize it,” Doctor says. That means tailoring ads to core readers, as well as selling subscriptions.

Like everything in media these days, that’s easier said than done. But it at least offers a path forward, as even some of the most successful digital entrepreneurs now admit. “You’re going to see a bloodbath in the next 12 months,” Vice Media CEO Shane Smith said at a Hearst conference in May. “This is why people are moving to subscription-based things.”